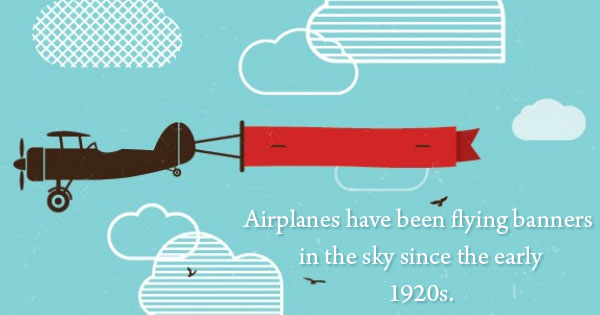 Airplanes have been flying banners in the sky since the early 1920s. These aerial advertising campaigns have flown over beaches, parades, music festivals, and all kinds of events promoting all sorts of products and services. As 2016 came to an end, however, six banners flew across the sky with very different messages.

"AMERICA IS GREAT! TRUMP IS DISGUSTING," read one of the aerial advertising banners that flew across the Pasadena, California sky.

According to CNN, a total of six anti-Trump sky banners were up in the air during the 127th Rose Parade in California. During the parade, as more than 1 million people walked around the streets of Pasadena, the sky was virtually cloud-free, making it very easy for all those eyes to see the anti-Trump ads.

"I've listened to this Donald Trump over the past several months, and I'm the guy that believes you ought to respect the office of President, it doesn't matter who holds it," said Stan Pate, who orchestrated the anti-Trump airplane message campaign. "The idea that you can hate your way to the presidency is disgusting to me. I'm tired of hearing it, he's in the way of us selecting the right person for the job. It's time somebody stood toe-to-toe with him. I'm encouraging people across all of America to get involved and tell Donald Trump exactly who he is and what he is."

Tate, when CNN asked him for proof regarding the sky campaign's funding, was even able pull out the necessary paperwork showing he was the mastermind behind the messaging.

"Skywriting is a huge billboard and it grabs people's attention," Tate added. "There were probably a million people in the street. You can see this thing for 15 miles."

After one of the most polarizing election seasons the country has ever seen, President-elect Donald Trump will officially take office on January 20th during his 2017 inauguration ceremony. If Tate, or anyone who shares the same views and initiatives as he, continues spreading anti-hate, anti-Trump campaigns, there could be plenty of similar messages over the next few weeks, and potentially over the next four years.

If you want to begin your own aerial advertising opportunities and grow your corporate brand, contact Aerial Messages today.

Request a Quote
Aerial Messages is definitely a company I would recommend to anyone who is looking for a sky banner display to celebrate a special event.
Valerie Stockdale
View More Testimonials