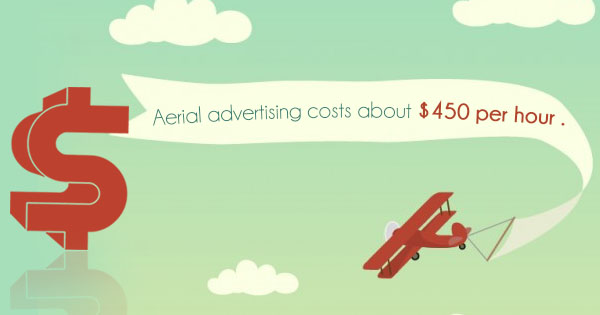 Have you ever wondered about how to make your company’s brand visible to more hungry consumer eyes? Of course you have — that’s what advertising is all about. But if you think the road to success is paved on a highway-side billboard stand, think again. Plane advertising banners are a cost-efficient, far-reaching, and highly memorable way to deliver your message to more potential customers. Here’s why:

If you’re looking for a way to reach more people more effectively and at a lower price, it’s definitely time to quit the billboard game. Plane advertising banners are a fun and funky way to deliver your message to tons of consumers who are more likely to pay attention. Best of all, it’s delivered at a reasonable price. Time to start cooking up your banner design today.